He Almost Gave Up . . . | Builders International 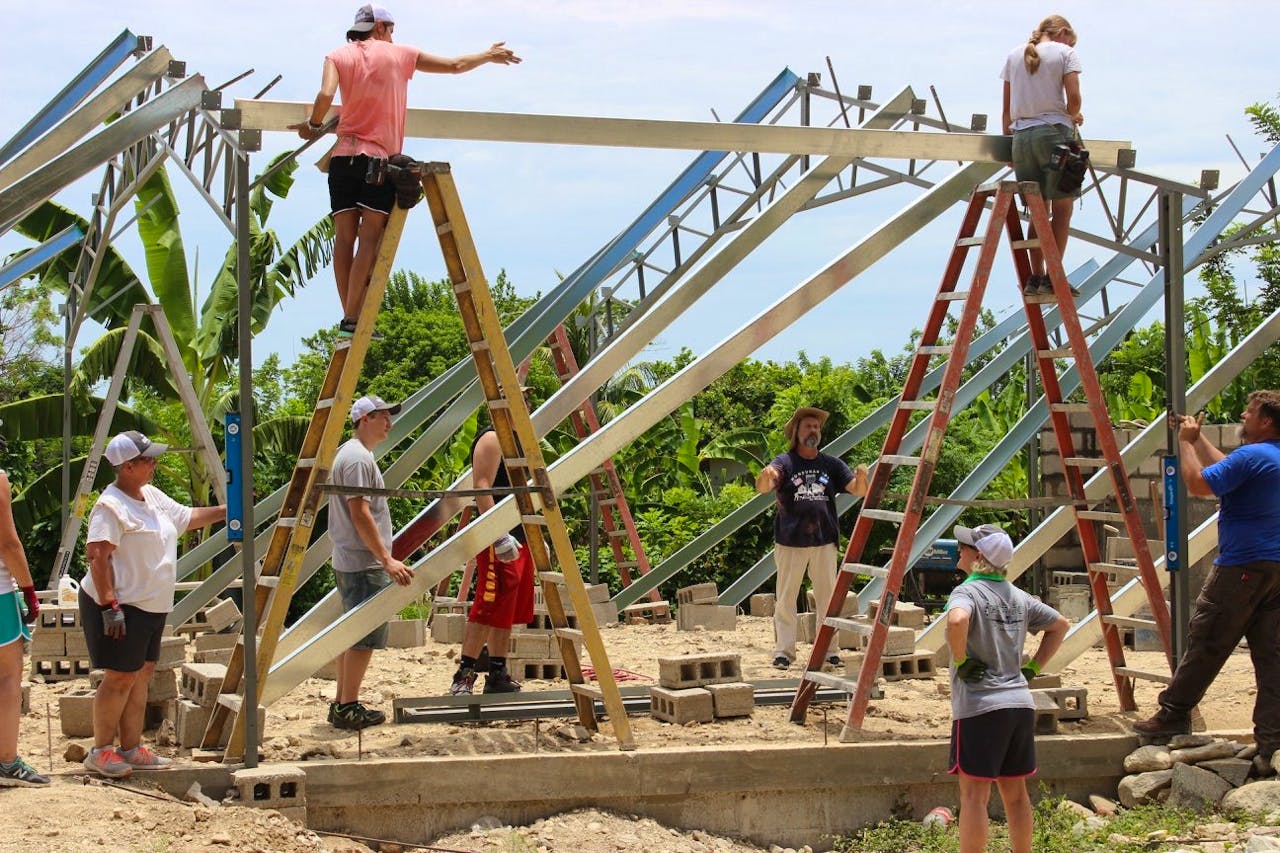 God gave Pastor Santos Tercer a vision and showed him that many souls would be added to the kingdom through his ministry in the tiny, remote town of Bambu, Honduras.

He held tight to that vision, but after a while he began to feel so discouraged that he almost gave up, as he could see no way to make this vision a reality.

That’s when Builders International missionary Brad Foltz approached Pastor Santos about building a church through Honduras 100 PLUS! In that moment, God confirmed His vision to this pastor, and this new church building was the fresh start he needed.

Pastor Santos cried with joy and thanked God for answering his prayers!

God is providing miracle after miracle in the town of Bambu. Brad and Shelly Foltz recently led several teams to Honduras.

The team that built church #108 in Bambu was from five different churches throughout Virginia and West Virginia, including Falls Assembly, Trinity Assembly, Antioch Baptist, Grace Church, and Kirby Assembly.

Shelly explained the details of another miracle God provided:

“This remote village does not have a hotel where the construction team could have stayed or restaurants where they could eat. They would have had to drive well over an hour to-and-from the work site each day. While Brad was scouting out the area before the team arrived, he felt compelled to turn up a private road. He found a large building at the end of the road, owned by an American. This man had built a camp, complete with apartments, dorms, common areas, and a kitchen for housing teams, meetings, and conventions. He was very pleased to offer these facilities to house our team. This place was only a twenty-minute drive from the work site. We are thankful the Holy Spirit led Brad to turn up that unknown road to find a new partner in ministry and a great help for this particular job!”

The next team from C3 Church in Pickerington, Ohio, built church #109 in Lepaera, Honduras. This church will be a vital meeting location for other churches and pastors in that area.

One hundred nine! That is the total number of churches built throughout Honduras so far, as a part of the Honduras 100 PLUS initiative. It began with the goal of building 100 churches, but didn’t stop there! That number is increasing at a rapid rate, as is the number of souls saved and lives transformed throughout Honduras! Brad and Shelly have been instrumental in this great accomplishment. The result is 109 places where people find hope!

Mobilizing a volunteer team abroad is a huge challenge! Our team package services make it simple by covering all the details for you.