They Came From Where? | Builders International 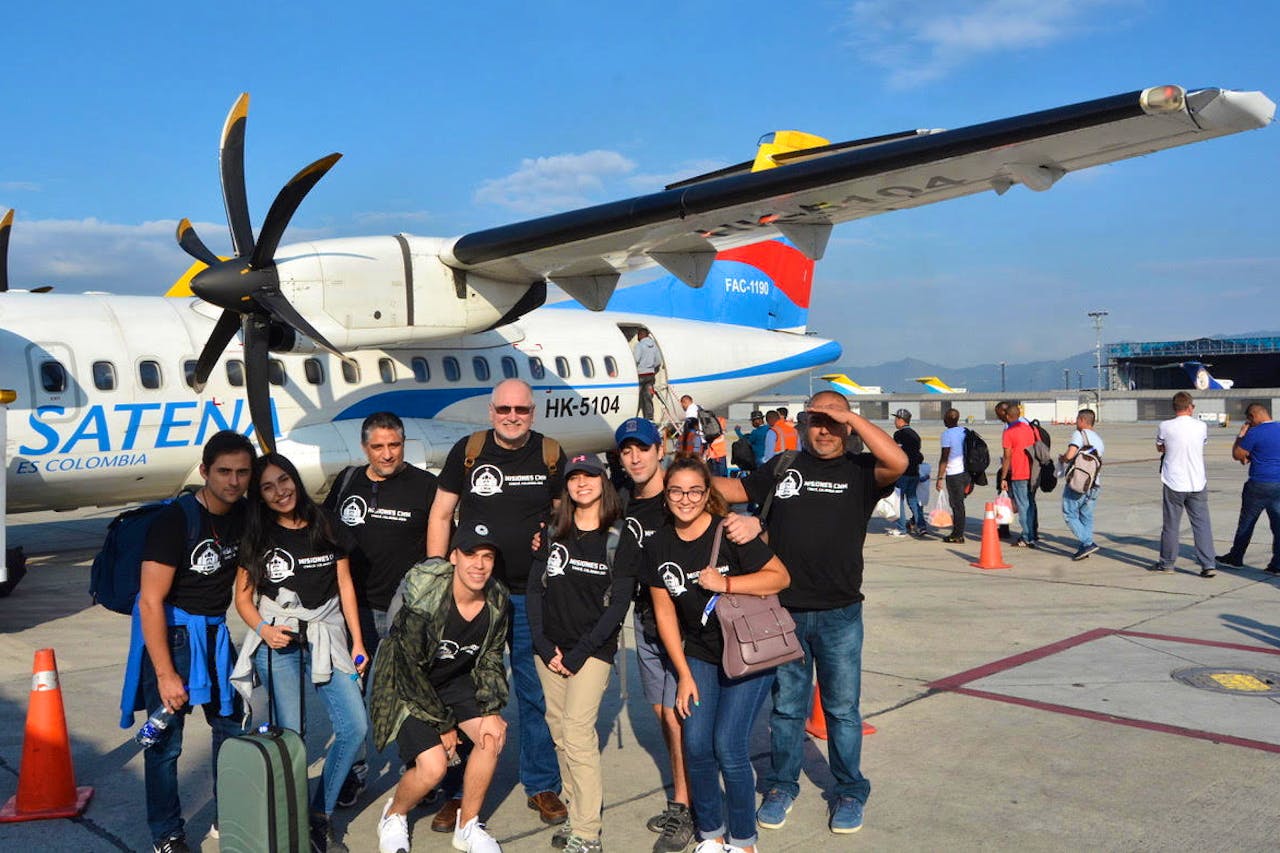 When you think of a typical missions trip, you likely picture a group of 10 – 20 Americans in neon yellow or vibrant green matching shirts, wheeling their luggage through the airport to catch a plane to a foreign land. Upon landing, they spend the next week sharing Jesus in some capacity.

Last weekend, a similar scenario took place in Santiago, Chile. However, instead of Americans getting off a plane in Chile, it was Chileans headed to Colombia for their very first missions trip! Pastor Danny, who is a pastor at Santiago Children’s Ministries Outreach Center, gathered his team to work on the ChildHope School and Church in Quibdo, Colombia with Pastor Isaias and missionary, Mike Lawrence.

God laid it on Pastor Danny’s heart to send out a Chilean team from his church after being on the receiving end of countless missions teams pouring into their church over the years. He wanted his congregation to give back and experience missions from the other side…a completely different vantage point!

Our friend and missionary to Chile, Jim Mazurek, joined the team to work as well. He reported from Quibdo:

“We are working on the construction of a steel reinforced concrete water cistern this week. The city water is terribly unhealthy, as it is taken from a river – where raw sewage is also pumped upstream. Despite the city’s filtering system, the water is wholly unfit for human consumption -though people routinely use the city water, swim in the river, etc.

This area is the rainiest place on planet Earth, with over 60 feet of rainfall annually. The constant rain will keep the cistern filled. With a simple onsite filtering system, the students at this school will have a source of much better water than the city could provide. This is a project that can literally save lives!

Quibdo is an excellent project. Anyone with a heart should want to come here.”

You can LEAD A TEAM to Quibdo, Colombia or Santiago, Chile too!

Check out Jim’s photos to catch a glimpse into missions from the other side!