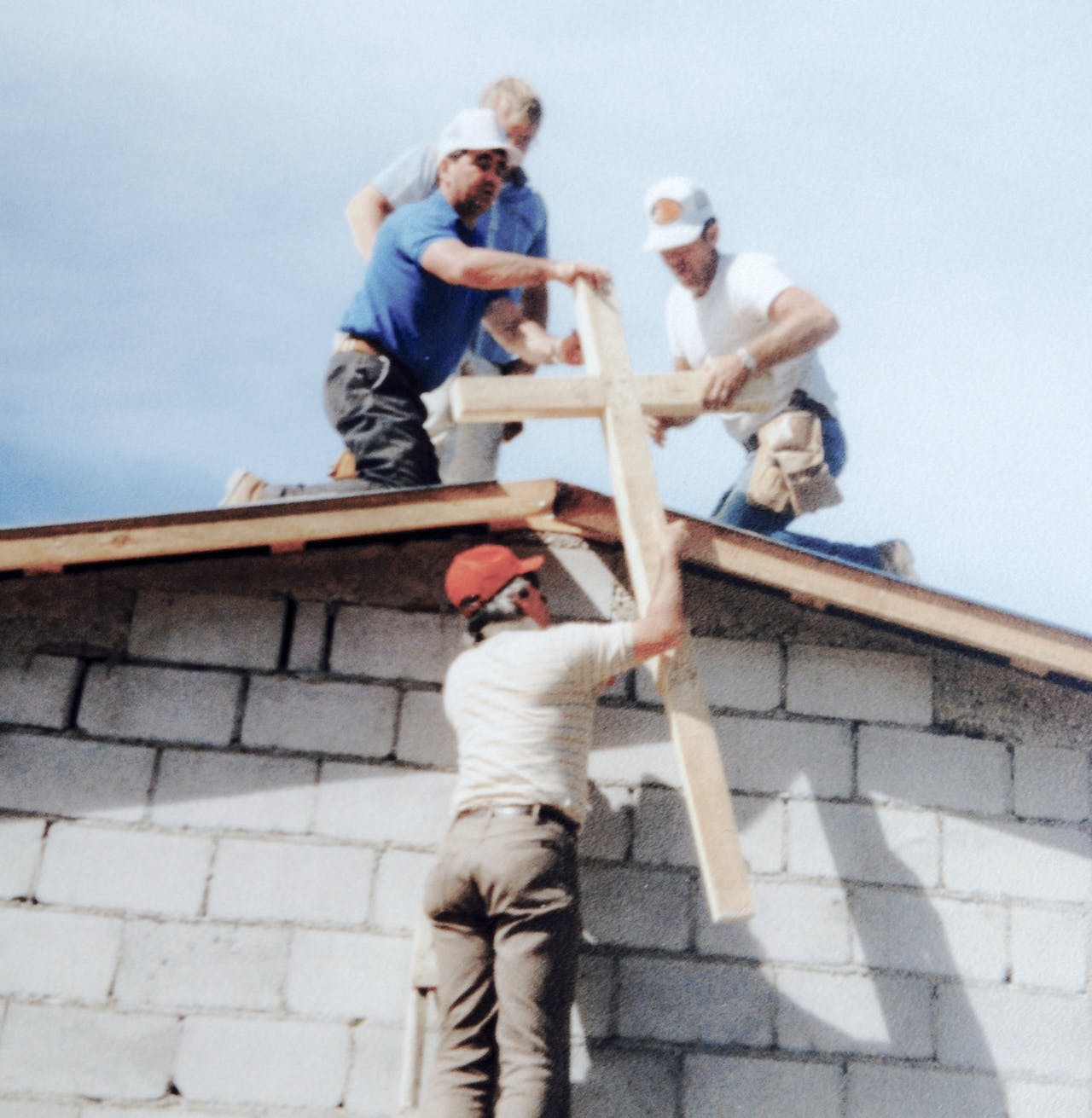 To know him was to love him.

Terry Bryant. A great man who left a legacy of “doing good” for those who needed it most.

In 1988, Terry went on his first trip to build a church in San Luis Potosi, Mexico. While there, God spoke clearly to him. “For I know the plans I have for you,” declares the Lord, “plans to prosper you and not to harm you, plans to give you hope and a future.” [Jeremiah 29:11 NIV]

He knew God called him to help people answer His call on their lives, so he knew he had better not stop. Twice a year for the next 25 years, he was committed to help build churches. The majority of the work was done in Mexico, but he also helped in Guatemala and locations throughout the United States.

Terry Bryant has gone on to be with the Lord. He left a legacy that is still inspiring people to serve the Lord on missions trips.

Builders International has created a scholarship in Terry’s name to encourage first-timers to step out and experience their life-changing inaugural trips, just as Terry did 30 years ago!

The very first recipient of The Terry Bryant Scholarship, Dave Vernon, conveyed his appreciation to the Bryant family, “I can’t express how much it means to me that you planted the seed of missions in my life!” Dave was an acquaintance of the Bryant family, and received the scholarship which allowed him to go on his first trip. He just returned from his fifth trip!

Annabelle and Abigail are young sisters who, at the time they received their scholarships, were ages 7 and 9. They went with their parents on Builders International’s first-ever Family Missions Trip to Belize! They were impacted greatly by the first-hand experience of missions at such a
young age! They saw, felt, smelled, tasted, and heard missions on the ground level. Annabelle and Abigail are eagerly awaiting their next missions trip with their family!

YOU CAN MAKE A DIFFERENCE early in this New Year by helping the next scholarship recipients take their first trips!

What a way to celebrate the extraordinary legacy of Terry Bryant, and his outstanding family! Your donation will honor his passion of getting people on their first trips, and changing their lives!

Thank you for making a difference, and Building Hope in others, as they will then have the opportunity to Build Hope around the world!

P.S. The Terry Bryant Scholarship was created to honor the legacy of an amazing man who spent his life Building Hope, and helping others to do the same! Thank you for helping perpetuate this scholarship fund, and allowing others the opportunity to experience their first missions trips.