Sitting There Was The Right Thing To Do… | Builders International 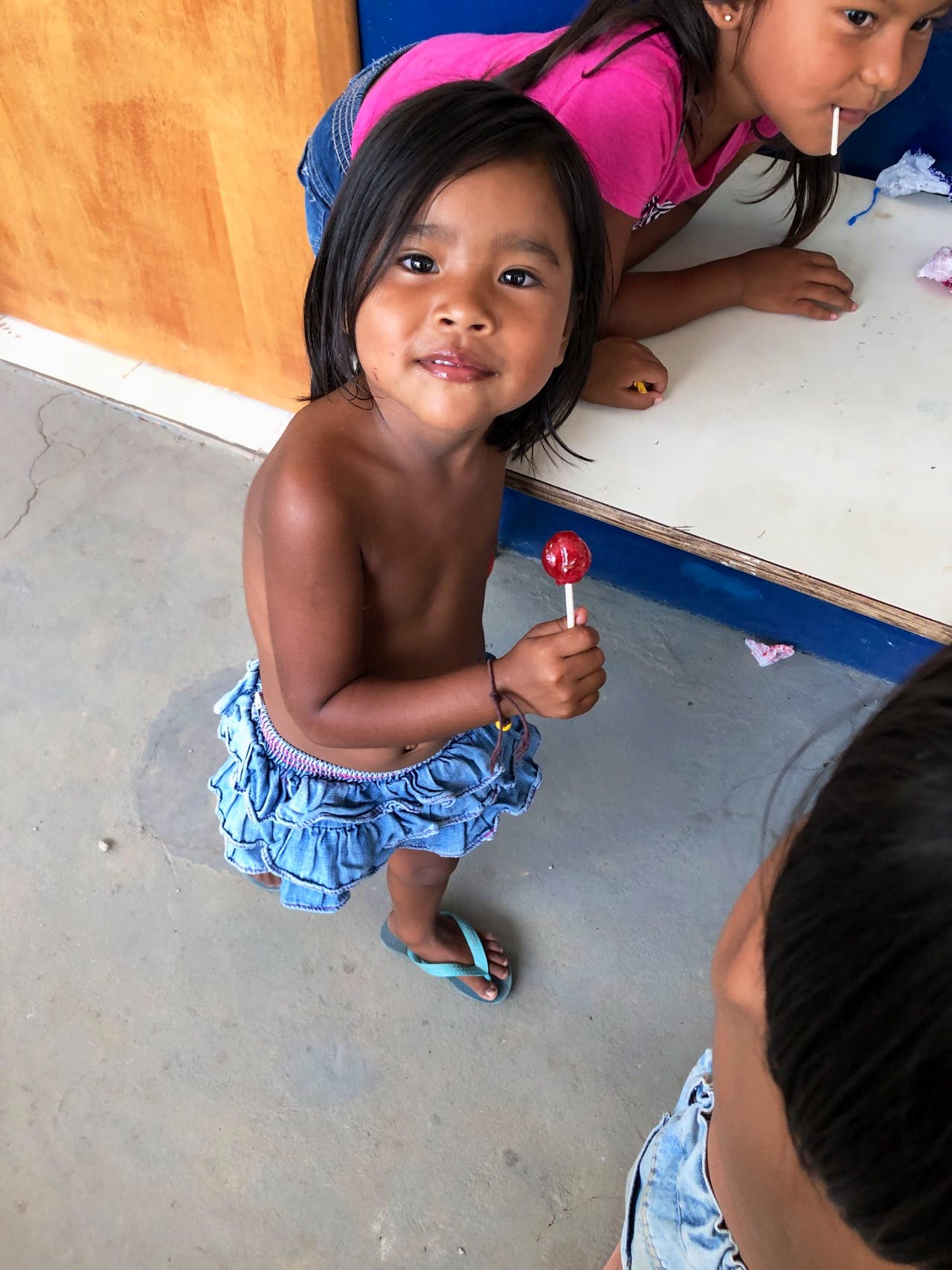 Architect Brandon Dake signed up for his first missions trip with James River Church. The goal of this Builders International trip was to build a church along the Amazon River in Brazil. Brandon had construction on his mind. However, upon arriving, the people quickly caught his attention and his heart, especially the children.

As the team began building the church, curious children from the community began to wander in and watch. They interacted and talked with Brandon and the team. However, there was one little girl who would not say a word. Her name was Laura. Her siblings informed the team that the three-year-old could actually talk, but she was painfully shy and refused to say anything. Brandon passed out candy to the kids and as Laura bashfully accepted her sucker, she instantly captured his heart!

On the team’s last night in the jungle, there was a dedication service for the new church building. The pastor had gone door-to-door inviting community members to attend the service. There was standing room only! Little Laura was among the attendees, along with her brother, sister, cousin, and grandmother.

During the service, Laura crawled from lap after lap. She finally came to Brandon and reached up to him. He lovingly took her into his arms! She settled into his lap, laying her head on his shoulder, and soon she was sleeping peacefully! Because the heat and humidity are stifling in the Brazilian jungle, Brandon began to sweat as Laura napped on his shoulder. Each family member offered to take Laura back, but each time Brandon said, “It’s okay, I’ll keep her for now.”

An altar call was made at the conclusion of the service. The missions team leader asked members of the team to come forward and pray for those in the congregation. Brandon considered going forward to pray for others, but he felt God saying, “JUST STAY!”

One by one, he watched Laura’s family members go forward for prayer. By staying, Brandon allowed Laura’s family members to go forward for what quite possibly was their first ever prayer encounter! After the powerful prayer time, little Laura lifted her sweat-beaded head and gave Brandon a big smile. He knew he was in the right place at the right time, and had been obedient to God’s prompting.

Brandon may have gone on this missions trip with construction on his mind, but God had another assignment. Only heaven knows the impact Brandon made that night along the Amazon!

We would love to hear the story of how God used YOU on your Builders International trip!