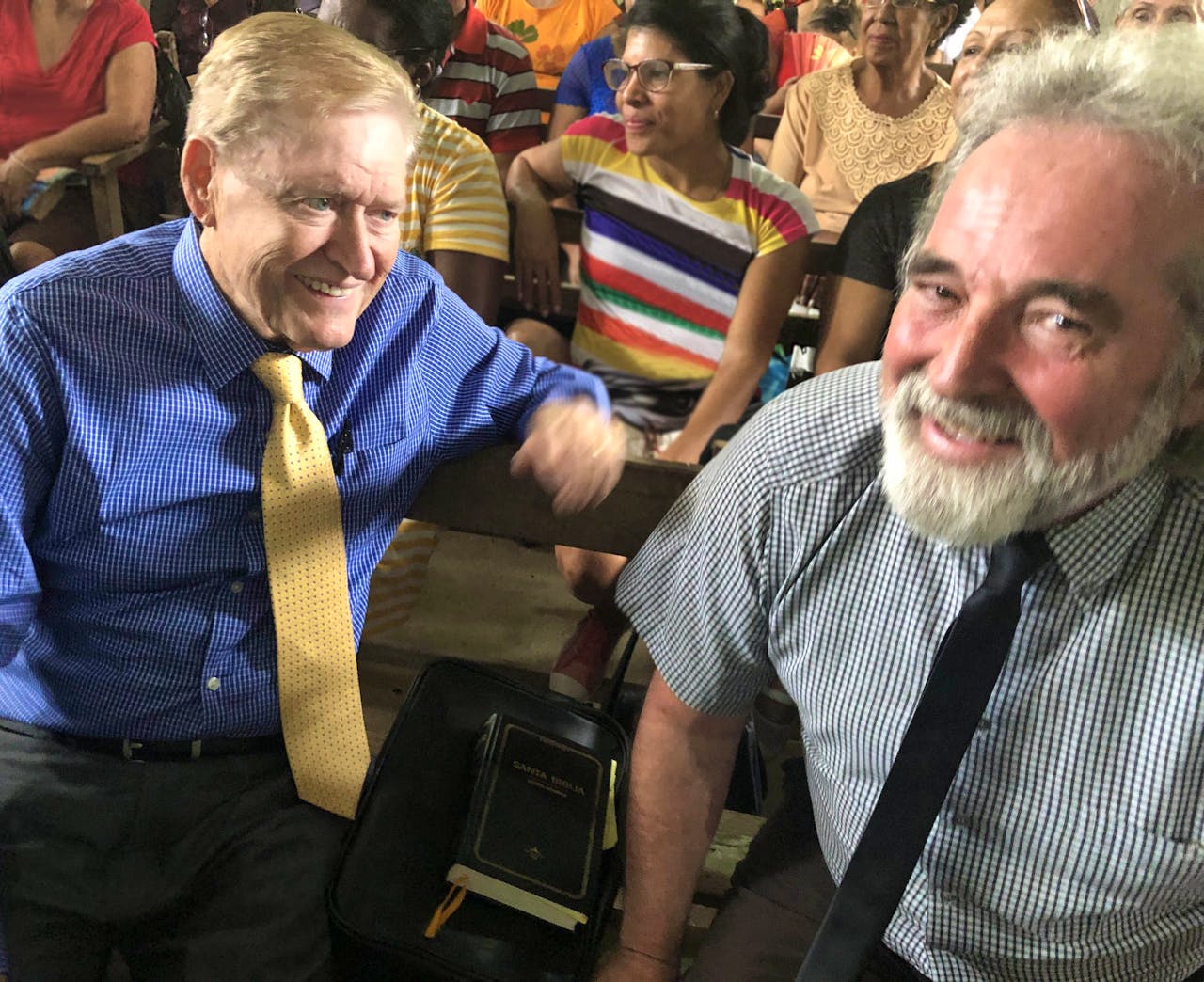 In a fog, strung out on drugs, and radio blaring, Jesús and Cati heard a short clip advertising a Christian crusade happening in Sevilla, Spain. They lived almost an hour away, but for a reason unknown to them at the time, they felt compelled to get to that crusade!

Jesús and Cati proceeded to steal a car and drove in the pouring rain to the crusade led by our very own David and Doris Godwin. The Godwins were missionary church planters serving in Spain at the time.

David and Doris had unusual difficulties getting approvals and details set for that particular crusade. David reminisced, saying, “The most difficult places are where Doris and I remember the greatest miracles!”

After hearing the Gospel message that rainy evening, Jesús and Cati miraculously gave their hearts to the Lord! He supernaturally transformed their lives over the next few years.

Now exhibiting exemplary Christian leadership, Jesús founded a Christian motorcycle club, created a Bible for bikers, and was elected as the president of the pastor’s fellowship in this city of a million people!

Last week, Jesús was ministering in Cuba. During the same week, David Godwin was ministering in Cuba on a Legacy Team with Builders International. When Jesús learned they were both in the same country, he was determined to see his “spiritual father!” After realizing where David and the Builders International team would be preaching on Sunday, Jesús made the five-hour trek across Cuba to see him!

Jesús walked into the church. With tears in his eyes, he embraced the man who led him to the Salvation which set his life on a new course so many years ago!

This is a quick glimpse of what Heaven will be like. Just imagine being reunited with people who spiritually influenced you or united with those you may have never met, but you made an eternal impact on their lives!

You can lead a team with Builders International and see God work in your life, as well as the lives of your team! Only God knows the stories that are on the other side of our obedience!